Originally posted on Windows to Russia on April 4, 2012, then erased by western hacking attacks and now here it is in original form… 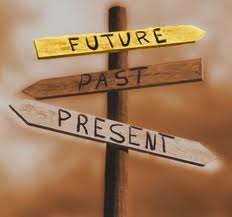 We, the Russians, are afraid of our own past. We are still worried about the things that the Poles may say about Katyn, what the Americans may say about Stalin, the Estonians – about the “Bronze Soldier”, the Japanese – about the Kurile Islands, and so on. We are not comfortable to say the words “The Russian Empire” and the “Soviet Union.”

We want to strike something out, to forget and silence something, not to feel awkward for our own history, our leaders and the wars that we won. We, the Russians, always listen to what other peoples say about us. We may feel uncomfortable at times for defeating fascism and liberating Europe from the Nazi plague. The Europeans are aware of that, but they frequently reproach the Russians for our Great Victory. They do not want to admit that the Soviet Union defeated both Hitler’s Nazi Germany and the whole of Europe. The USSR defeated the Europe under the leadership of their Fuhrer Adolf Hitler.

We, the Russians, are very often compared to slaves, who only understand the language of force. That is so not true to fact. We, the Russians, have never given away the keys to our towns to the conquerors. We always fought fearlessly for every square meter of land. Slaves do not defend their land and their owners.

Estonia? Lithuania? Latvia? Georgia? Ukraine? Moldova? Are they independent states? Yes, they are. They are free of us, the Russians, and it was us, the Russians, who gave that freedom to them. However, as soon as those countries were “liberated” from the Soviet rule, they immediately found a new master for themselves. Their freedom is the freedom of deserters. They run away to obey the stronger. That is why they are always happy to find faults with Russia and the Russians in an attempt to justify their meanness and curry favor with the new master.

We, the Russians, do not want to issue any invoices to anyone for the past. Have we ever told anyone about the fascist and totalitarian regimes in Europe in the first half of the 20th century? However, they keep on reminding Russia of Stalin the dictator and the “Soviet occupation.” Russia does not hear any thank-yous for liberating Europe from fascism. This is natural and logic. If we do not want to call a spade a spade, then they will call a spade differently.

Russia has adopted the Western style of political correctness. We do not notice US army bases all over the world. We believe that those bases serve as tourist centers, rather than elements of the system to control continents and states. We turn a blind eye on the lies from the Western media and certain “think tanks” that measure the Russian freedom of speech, democracy, the economic development and the scientific potential, putting Russia next to Guadeloupe. It seems that if those “experts” decide to measure our skulls with a ruler, we will let them do it. They will conclude that we, the Russians, are only subhuman. We read their rubbish, but we prefer not to analyze where they take their nonsense from. We do not wonder why they keep on talking about Stalinism, Katyn, famine in Ukraine and the so-called “Soviet occupation” of the Baltic States. We do not realize that all of that is called information war, the goal of which is to make the Russians feel guilty for the past.

Let’s just assume that the Soviet Union used to occupy several countries in Europe. They are free now, aren’t they? Have they achieved anything with the help of that freedom? Where are their achievements in science, industry or agriculture? Is there any positive news coming from those countries? Yes, they are de jure free. However, they de facto moved from the zone of the Soviet influence into the zone of colonial rule of new empires, where transnational corporations dictate their rules.

You will never find Czech or Polish films in big movie theaters in the United States. The American market is not spending a dollar on the national cinematography of those countries. However, Hollywood is present in the whole world, endorsing its rules and norms.

Our former “allies” have sold everything they could, including themselves, to their new masters. They depend on international financial organizations, so they simply have to serve their interests right now. The “free” nations do not have any totalitarian regimes, but they keep quiet about their financial and economic dependence. Young people from Eastern Europe have to move to Germany, Britain, France, Austria, etc. to work for their economies.

Do we want to be “European?” Do we need to be a part of NATO adventures? Do we want gay pride parades in our streets? Or do we want to live under our own laws and rules?

We do not accept the aggression against Yugoslavia, nor do we approve the dismemberment of this country. We do not accept the occupation of Iraq, the coups in Georgia and Ukraine and the war in Libya. We believe their nonsense when they say that the revolutions in Egypt, Tunisia and Libya took place by the will of the people, rather than by the activities of special services.

They hail terrorist and radical Islamic groups for their efforts to build the Western style of democracy. Western politicians will never acknowledge that there can not be any democracy in those countries. Those counties will be ruled by the puppets of the West.

We, the Russians, must listen to the words from the West very attentively. If the West stops criticizing Russia, if they say that Russia is doing well and the Russian democracy is winning, then it would only mean that we, the Russians, have lost the war for the right to be the masters of our land.