Russia Is Not the Soviet Union! (Associated Press Does it again…)

April 12, 2010Comments: 0
I see this kind of stuff all the time. Almost everyday someone either prints this Freudian slip or speaks out loud about them Soviets… 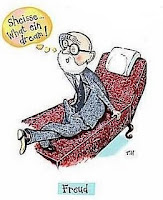 Senators question future of US-Soviet nuclear pact
(AP) – 15 hours ago
WASHINGTON — The new U.S.-Russian nuclear arms treaty may have a problem getting the vote of at least one independent senator, as well as Republican lawmakers.
Sen. Joe Lieberman, a Connecticut independent, says that America’s nuclear arsenal must be modernized. That might be difficult if President Barack Obama keeps to his pledge not to build new warheads or engage in underground testing.
Lieberman says he doesn’t think the new treaty right now has the 67 votes needed for ratification.
Republican Sen. Lamar Alexander of Tennessee says many questions must be answered before there’s even a vote in the Senate. And he doesn’t think a vote will take place this year.
Lieberman and Alexander appeared on “Fox News Sunday.”

Well if it on an Nuclear Pact with the Soviet Union, that would be true and in fact they will never sign a US-Soviet nuclear pact! 🙂

PS: Think they will correct it? It has been reprinted a thousand times now all over the blogs and other press… 🙂
➤