Russia: Iskander missile system to the Kaliningrad region – Turn About is Fair Play! 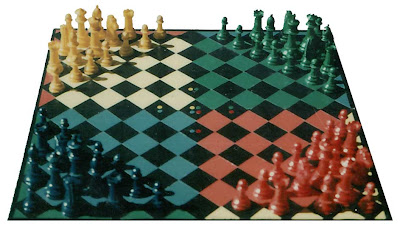 I was drinking my delicious morning cup of coffee and thinking that Moscow does play chess and Washington D.C. plays checkers……

The US has described as “disappointing” Russia’s plans to deploy new missiles in the Baltic region to counter a US defence shield in central Europe.

The message from the Kremlin is also clear: if the US wants good relations with Moscow then the new administration had better start by junking George Bush’s foreign policy.

A growing number of European politicians are voicing fears over the U.S. deployment of a missile shield all across the continent. More than 50 British MPs have called for a public debate into an issue which many fear could result in a new global arms race.

Kremlin plans to deploy missiles in the western Russian territory of Kaliningrad have sparked criticism in the West and led to fear of a new arms race. President Dmitry Medvedev said the move was a response to the proposed U.S. missile shield in eastern Europe.

Just hours after U.S. President-elect Barack Obama delivered his victory speech, Russia’s leader delivered a scathing rebuke of U.S. policy and reminded Obama of some of the major foreign policy challenges he will face in office.

Looks like Medvedev just made a move and Checked the missile issue: Is he bluffing or not?

I myself think he is very serious and the world should take Russia seriously and quit looking down their noses at Russia……..

PS: Update on the Russian Missile issue! Looks like they are serious…

Anti-Missile Defense
// In Kaliningrad and Kozelsk
A simple response to American missile defense
Supreme Commander of the Armed Forces of Russia Dmitry Medvedev yesterday declared his weightiest response yet to the U.S. missile defense system in Europe. Iskander-M tactical ballistic missiles will be placed in Kaliningrad Region. In addition, the president canceled the reformation of three regiments of the 28th (Kozelsk) Guard Missile Division of the Strategic Missile Forces.
The placement of Iskanders in a special district of Kaliningrad Region was announced in July of last year by First Deputy Prime Minister Sergey Ivanov. The missiles will be able to reach practically any point in Poland, where ten American antimissile missiles will be placed. At the beginning of this year, the 152nd missile brigade was scheduled to be refitted with Iskanders and relocated outside Chernyakhovsk, Kaliningrad Region. The press service of the infantry forces told Kommersant that the time of the relocation and the number of Iskanders is not public information.

The mobile Iskander-M (NATO classification SS-26Stone) is intended to hit objects on land deep within the opponent’s battle order. Two missiles are mounted on a single 9P78 launcher. They have a range of 50-280 km. and a payload mass of 480 kg. They can bear cassette, penetrating and blast-fragmentation warheads.

It was announced in 2007 that five missile brigades would be equipped with Iskander-M complexes by 2015. Only one division is known to have Iskanders in its arsenal (two squadrons with two Iskander complexes each). Alexander Khramchikhin, head of the analytical department of the Institute for Political and Military Analysis, said “the Iskanders in Kaliningrad Region will be the first target for a potential opponent and so their relocation will certain entail the strengthening of all groups of forces in the area.” The forces in the Kaliningrad special district (including Air Force, Air Defense and Navy forces) number around 100,000 people.

Reformation of the 28th Missile Division (Kozelsk, Kaluga Region) began last year. It has five missile regiments with a total of 46 silo launchers for RS-18 intercontinental ballistic missiles (NATO classification SS-19Stiletto). They have a range of over 10,000 km., a starting mass of 105.6 kg., length 24 m., diameter 2.5 m., two phases, separable warhead, and up to six nuclear charges.

Gen. Col. Leonid Ivashov, president of the Academy of Geopolitical Sciences, said “The RS-18 are obsolete complexes that have exceeded their operational life. They were produced and were in service at the end of the 1970s and beginning of the 1980s. Soon they will become a danger not to the opponent, but to us.” One circumstance seems to have led to the president’s decision to preserve the 28th Missile Division. Thirty RS-18 missiles were bought by Russia from Ukraine in 2003, where they had been stored disassembled. Therefore, at present they can be considered “new” and placed in service until 2030. Editor-in-chief of the Moscow Defense Brief Mikhail Barabanov said that “assembly work and fine tuning of the missiles has been going on for a long time. The president simply indicated where to put them.”
by Ivan Konovalov