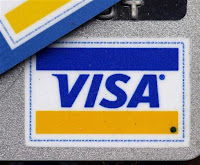 You want them to spend this Visa, then you got to let them get this Visa!

I know visa issues play a big part of where you travel. My wife and I wanted to travel to Armenia, but the Russian/Georgian issues stopped that plan. We had to have an unbelievable mess of visas to drive to Armenia. (So we said, “No Way!”)

I always try to keep updated information posted about any Visa issues.

So all UK & Russia are doing is hurt their own cash flow by keeping tourists out…..

Changes to visa procedures for visitors to the U.K. have led to delays of up to two months and have begun to reduce the number of Russian tourists making the trip there, Moscow tour operators say, although The St. Petersburg Times has learned that visa applications made through the British Consulate in St. Petersburg tend to be dealt with more quickly than they are through the British Embassy in the capital.

The new rules mean that a tourist wishing to visit the U.K. needs to fill out an online visa application after which an appointment to attend a visa center is arranged where the applicant will give biometric data, operators say. The application is then considered by visa authorities.

“On March 21 we were only able to arrange tourists’ appointments for April 21 — that is, they’ll have to wait for a month just for the appointment,” the Russian Tourism Union or RTU quoted Valeria Krasilnikova, head of British direction at PAK group company in Moscow, as saying.

“Besides, the [visa authorities] will then need at least two weeks to consider the documents. As a result, in order to get a visa to Great Britain a tourist needs up to two months,” Krasilnikova said.

Tour operators say that it is not completely clear if the delay with British visas is due to technical problems with the new system or with strained diplomatic relations between the countries. However, they say that the U.K. is losing Russian tourists.

“Tourists become interested in other European countries. For instance, getting a visa for Germany or Austria takes only four days. For a French visa, it officially takes two weeks but in reality one can do it in three or four days,” Tamara Guskova, manager at Moscow’s Alp Discovery travel company said.

“We don’t send that many tourists to Great Britain, but we still have a constant flow. However, because of current problems we refuse to process tours with flights dated before May,” Guzkova said.

Yelena Zryanina, general director of Moscow’s Planeta Business Tour said that because of the impossibility of receiving the visas on time the company has had to make changes in presold tours. She said Thursday that the company can’t prepare documents for people who were planning to fly as late as May 1.

Anna Maslennikova, general director of Insight Lingua, said she is worried about the cost of the new procedures, and how long they take.

“About 70 percent of our clients are people living in the regions. It’s often children who go to England to study the language. So, now a child needs to personally come to the Embassy, bring documents, give biometric data, leave, then wait to receive the visa. At the same time all those trips a child has to do with an adult. This way the trip becomes $500-$1000 more expensive,” Maslennikova said.

Maslennikova said the regional demand for U.K. trips has decreased. Instead, Russians are preferring to study in Ireland, Malta or even the United States, she said.

The press service of British Embassy in Moscow confirmed that delays with British visas currently exist.

“The delays at present are unfortunate but are due to a number of short term reasons and we are working to ensure that these problems are eliminated as soon as possible,” the press service said.

The Embassy refused to specify the “short term reasons” for the delays.

Meanwhile, the British Consulate in St. Petersburg said it is not experiencing any delays with visas.

Mishkenyuk said within three or four days of the appointment, if the documents are fine, a tourist can get a British visa.

“We haven’t come across this problem in St. Petersburg,” Mishkenyuk said on Wednesday.

Tatyana Demenyeva, spokes-woman for northwest office of the RTU, said St. Petersburg tour operators have not complained about problems with British visas.

Mishkenyuk said filling an on-line application form was a part of British visa strategy all over the world that was directed at the improvement of the procedure.

“In the new application form, a person needs to fill out only the parts needed for getting a particular visa type,” she said, adding that the system is directed at “lowering the percentage of refusals.”

Mishkenyuk said that although giving biometrical data causes some inconvenience to tourists it is a procedure that is becoming standard worldwide.

At the same time, Sergei Korneyev, head of the northwest branch of the RTU, said the process of getting a British visa “has indeed become longer and more complicated.”

“The new visa procedure is especially inconvenient for tourists living in Pskov, Novgorod or Murmansk if we are talking about the north west region. Residents of those cities now have to travel to St. Petersburg at least twice to get a British visa,” he said.

Korneyev said that the modernization of the visa system had clearly been the major reason for the complications in the process, but he said that he couldn’t exclude the idea that “the political situation between the countries could also play its role in that.”

“Great Britain is an interesting country for Russian tourists. However, this interest is easy to break and hard to build up again,” Korneyev said.

Beginning March 1, British visa centers accepted only electronic visa applications. At the same time, a personal visit to the visa center remains a necessity: an applicant needs to bring a passport, a printed and signed application form and other support documents, as well as to pay for the visa and give their biometrical data.

Russian citizens were obliged to give their biometrical data beginning November last year.

So Svet & I travel to countries that seem to want tourists and make it easier to get visas!