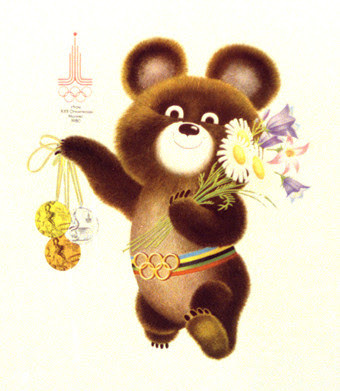 Mascot of the 1980 Olympic Games in Moscow

While the world’s attention is drawn to the next week’s Beijing games, Russia is counting the days before the Olympic flame arrives. It’s exactly two thousand and 14 days until the Sochi 2014 Olympics.
————————————————–