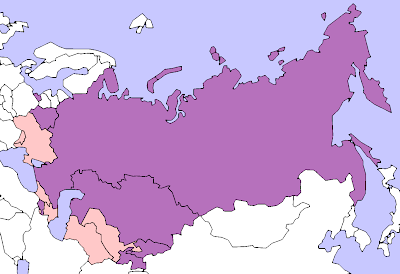 At the Moscow meeting of the foreign ministers of the Collective Security Treaty Organization a joint statement was adopted that laid all the blame for the conflict in South Ossetia on Georgia. At the same time, the members of the organization gave support to a package of Russian proposals touching on global security, including Russian President Dmitry Medvedev’s idea of developing a European treaty. Moscow will try to build upon that success at the CSTO summit today.

The charter reaffirmed the desire of all participating states to abstain from the use or threat of force. Signatories would not be able to join other military alliances or other groups of states, while aggression against one signatory would be perceived as an aggression against all.

The CSTO is an observer organisation at the United Nations General Assembly. (Link)

The document adopted by this group of seven – Armenia, Belarus, Kazakhstan, Kyrgyzstan, Russia, Tajikistan and Uzbekistan – expresses support for “the Russian Federation’s active role in contributing to peace and cooperation in the Caucasus.” They advocate “a guarantee of firm security for South Ossetia and Abkhazia based on the United Nations Charter and the 1975 Helsinki Accords” and insist on “the rigorous fulfillment of the settlement principles developed by the president of the Russian Federation and president of France.”

The most pleasant part of the document for Russia is where the CSTO countries express “grave concern over the military actions undertaken by the Georgian side in South Ossetia that have led to numerous civilian victims and the deaths of Russian peacekeepers and a severe humanitarian crisis.”

In the midst of the numerous statements by the CSTO member states, it has gone unnoticed that none of its members has approved Russia’s recognition of the independence of South Ossetia and Abkhazia.Russia now has to still make efforts to find sympathizers ready to follow its example in recognizing the two Caucasian republics. Now that Nicaragua has done so, it will be at least a tiny bit easier for Moscow.