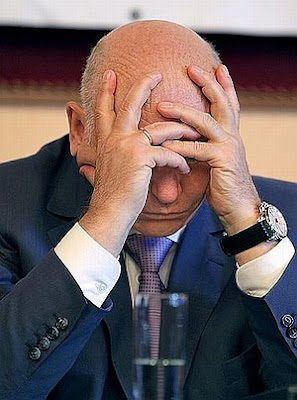 Moscow’s Mayor Yuri Luzhkov is at it again….

Notorious for his rhetoric, the Moscow mayor urged Tbilisi to recognize independence of Abkhazia and South Ossetia in the interview that he gave to Georgia’s reporters during the summit in St. Petersburg. The arguments of Moscow mayor are that the nations of Abkhazia and South Ossetia don’t relate to the nation of Georgia and the sovereignty process is underway in the world.

Now Georgia will not allow him to cross its border. Just like Ukraine has done. 🙂

No one seems to like Mayor Yuri Luzhkov very much! Could be he says what he thinks….

I think he is correct.