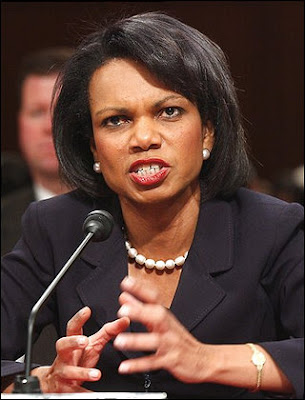 While drinking my morning cup of coffee I was thinking about the news that I read last night before going to bed. Sometimes things come across the airwaves that make you stop and say Huh!

I had found a news article that at first I thought was a joke. But then I realized that Russia news has been hinting at this outcome for about a week.

US Secretary of State Condoleezza Rice conceded to European demands

Wednesday by indicating she would not press for granting NATO membership to Georgia and Ukraine at the alliance’s ministerial meeting in Brussels next week.

“Georgia and Ukraine are not ready for membership. That is very clear,” Rice told a press conference.

“There does not need at this point in time to be any discussion” of the alliance membership action plan (MAP), she added.

The top US diplomat insisted the move did not signal a policy shift. “It really is just a question of how we would execute the Bucharest decision. It is not a change in policy,” she said.

But this declaration represented a concession to European demands, as Washington had previously pushed for the two Eastern European nations to join the MAP, which provides de-facto membership to the North Atlantic Treaty Organization (NATO).

Amid opposition from Russia, Germany and France, the United States has cooled its support for a formal path to help Georgia and Ukraine join NATO. (Link)

Condoleezza has been hot and furious on the phone looki 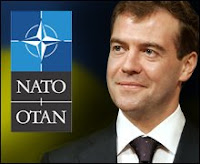 ng to seal of the deal with NATO over Georgia and Ukraine. Condoleezza has worked over time trying to sneak then in with out a MAP (membership action plan) but old NATO is smart and has held their ground.

Things that make you go Hummmm……