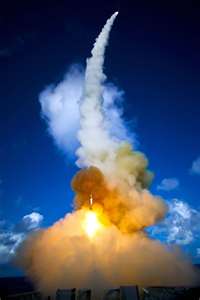 Russia and NATO agreed to cooperate on the so-called Euro missile shield during the Russia-NATO Council summit in Lisbon in November 2010. NATO insists there should be two independent systems that exchange information, while Russia favors a joint system with full-scale interoperability.

“We are ready to develop together with NATO experts on missile defense the architecture of this [joint] network, from the concept and selection of the best sites for the deployment of radars and interceptors to the set up and operation of joint data processing and control centers,” Ostapenko said in an interview with Izvestia daily newspaper.

The general said it would be logical and efficient to create a network of “sector” defenses where each member state or group of states would assume responsibility for intercepting and destroying ballistic missiles over assigned territory.

Russia is ready to provide a “missile shield” over Eastern Europe, the Black Sea, the Barents Sea and the Baltic Sea, Ostapenko said, adding that a decision to deploy missile defenses must be coordinated by a joint command center on the basis of information provided by a joint data processing center.

“In order to ensure a reliable and uniform exchange of information it is necessary to set up a joint data processing center which would obtain, process and relay target data to a joint fire control center,” he said.

Russian military specialists must be part of teams operating these centers on rotation basis, the general added.

Ostapenko stressed that Russia had no plans to place interceptor missiles outside its territory.

Russia has retained staunch opposition to the planned deployment of U.S. missile defense systems near its borders, claiming they would be a security threat. NATO and the United States insist that the shield would defend NATO members against missiles from North Korea and Iran and would not be directed at Russia.

“In case of a joint missile defense network, there would be no need to place missile systems on the territory of the countries protected by the Russian missile umbrella,” the general said.

In addition, cooperation in the framework of the European missile shield would allow all the participants to cut the expenses on the project because NATO will need to protect less territory on its own, Ostapenko said.