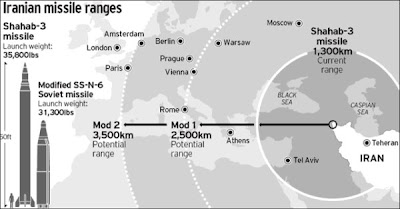 Senator Tells Bush Not to Poke Russia in Eye

The missile defenses being formed by the United States “are not a defense against Iranian missiles” and the administration of George W. Bush should stop “putting a stick in the Russian eye,” stated chairman of the Senate Armed Forces Committee Carl Levin, a democrat of Michigan. Levin said the CBS television news program Face the Nation that the United States has “put off” Russia away, most particularly with the missile program in Europe. Levin said the world community’s success solving the problem if Iran depends on Russia and the actions of the U.S. do not encourage Russia’s support.

Looks like some people in America are starting to see the light.