Russia: South Ossetia taking Matters in its Own Hands! 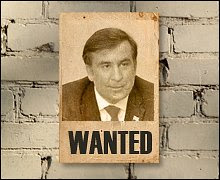 I was drinking my second cup of coffee and thinking about what South Ossatia is doing.

“A warrant for entering the Georgian president on an international wanted list will be handed to the corresponding agencies of the states, which have recognized South Ossetia’s independence,” Khugayev said. (Link)

Some things make me smile and I was just thinking that Saakashvili will never ever go to South Ossetia and show his face again. 🙂

I wonder if they put his picture up on the post office wall like they do in America. Maybe they should put up his picture of eating a tie – That has to be a crime also….