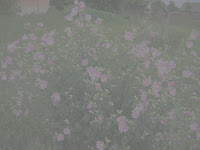 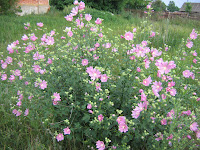 Lasik Surgery in Russia or Old eyes and New World!

I had a myopia as long as I remember myself. I remember a checking eye in my children garden and how I could see just the first line of pictures on the table and was amazed that another kids could see much more pictures from such distance. I remember myself in school always was sitting at first desk near teacher’s table. I remember my errors in control tests, when I could not write down the tasks from the blackboard correctly. And I remember hitting a tree by my forehead at night when I left a fire where we were sitting with friends in our hiking trips, I was not angry with the tree or myself that was just funny: how I could do such! 😉

And I was not alone in such situation: I had a friend sharing with me the same desk for the same reason, and another friend who had myopia -8 and had glasses just -2. Why we were this way: we truly believed that eyes must work and if you start wear glasses eyes addict to it, relax and become even worse then you have. And we always were very independent, did not want to addict to anything: glasses, cigarettes or make up. It’s better not to have it at all than one day to suffer because you don’t have it, depend on people and companies who will give you their rules if you want to use it.

They started make eye-surgeries in Russia (then it was Soviet Union, of course) I think 29 years ago. It was not laser surgeries then it was “Micro-surgery of the eye” Svyatoslav Fedorov invented this.

Some years ago I met a method to improve sight-seen by exercises but to make it, I need very high motivation /like in anything what you want to reach! ;)/. And I started motivated myself why I need better eyes than I have and I really pursued myself! And I started working on myself and got (believe you or not) really good resulted! But then I had some circumstances in my life and needed to stop trainings… Some years later I found out about Lasik Surgeries. I still was very motivated in reaching better eyes. I found out that we have Eye Surgery Clinic in Gazprom (Kyle wrote about Gazprom here) and some of my colleagues already done such.

Really, I had a lot of doubts: my eyes were not perfect but they were my eye! I did not know, could not imagine how I could live after the surgery, could I see the world the same… I discussed this with a lot of people really, but the best understanding and support I’ve got from Kyle whom I knew just by sms and e-mail that period.

And decision was taken finally I went to Gazprom Eye-Surgery Center, surgery was done. And my first impression: I still have the same eyes but the World around me changed. World became brighter and lighter! All became like on the picture in glamor magazine! Amazing! All people are so beautiful! And everything is so beautiful! Strange feeling in metro when I could see eyes of people on opposite bench in the car (before I’ve seen just dark shadows on place where people should have eyes), I could read the same book what person read by my side. That was strange, strange, strange and BEAUTIFUL :).

What else I want to tell you in this very long article – what Kyle just told me ;)/. I started to tell this story to my colleagues and friends: a lot of them made it. And everybody came to me to say Thank you and to share with me this incredible experience of New Beautiful World!