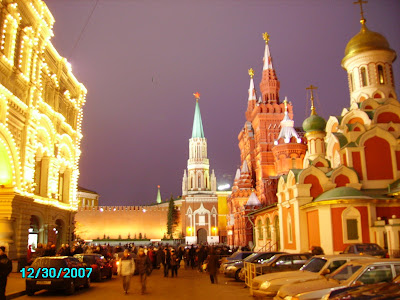 I was drinking my morning cup of coffee & thinking about the reports from travel agencies that more foreign travelers are coming to Moscow every year!

I think this is a very good sign for Russia! People are starting to think of Russia as a safer place to visit. Now if the Media from around the World, would quit the sensationalism about Russia and Past Cold War games, Russia could double those tourist numbers!

Would you travel to Russia?
Do you think Russia is safe?