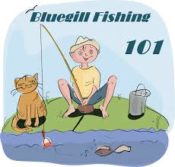 The country’s space agency, Roscosmos, has previously stated it will start building a lunar base in 2025 with humans being stationed there from 2030 or 2031. While there, the head of Roscosmos, Dmitry Rogozin, said they will check America’s claims. After being asked in NASA landed there, Mr Rogozin said: “We have set this objective to fly and verify whether they’ve been there or not.” While Mr Rogozin’s answer may have been tongue-in-cheek, this is not the first time Russia has had concerns over NASA’s

NASA Administrator Jim Bridenstine says the U.S. is within 10 years of having a continuous manned presence on the moon, which will lay the groundwork for expanding space exploration to Mars.

Source: NASA chief says US within 10 years of continuous manned presence on moon

This has become a weekly and almost daily thing for Russia to Troll the USA….and America falls for it “Hook, Line and Sinker”… 😉