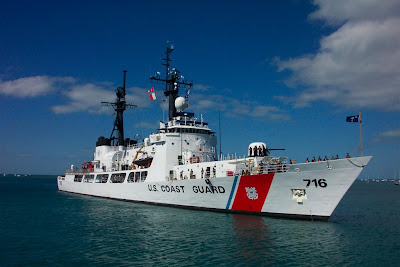 The Dallas, which recently delivered humanitarian aid to Georgia’s Black Sea port of Batumi, docked on Monday at the Crimean port, where Russia has a naval base, at the invitation of Kiev.

The ship’s arrival was met by thousands of anti-NATO protesters chanting “Yankees go home!” and waving banners with the slogan “NATO Stop!” Police cordoned off the area around the ship.

Ukrainian customs officers who boarded the ship and met the commander said they had been prepared to lay on buses for the U.S. crew to give them a tour of the city, but apart from a few officers, no one left the vessel. (Link)

Glad to see that the USA Navy found out how the people in Crimea feel about them. The fact that they went to the port in a high tension area showed lack of intelligence or wanting to stir up trouble.

They found trouble and They left…..

PS: Russia has repeatedly complained that NATO has too many ships in the Black Sea. Foreign Ministry official Andrei Nesterenko said Tuesday that currently there are two U.S., one Polish, one Spanish and one German ship there. Russian officials say the United States could have delivered weapons to Georgia under the guise of humanitarian aid.”We don’t understand what American ships are doing on the Georgian shores, but this is a question of taste, it’s a decision by our American colleagues,” Putin said. “The second question is why the humanitarian aid is being delivered on naval vessels armed with the newest rocket systems.” (hummm)