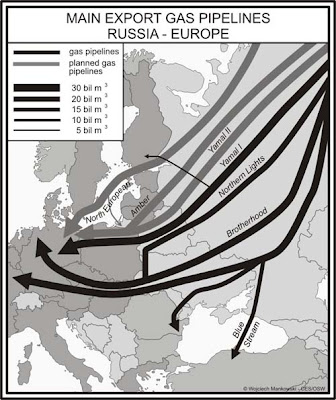 One thing I see as “Oil the King” falls shorter in supply, as we run out, the usage of its little brother “Gas” is becoming the Prince of the energy industry.
——————————————–
Israeli Minister of National Infrastructure Binyamin Ben-Eliezer has proposed to Gazprom that it supply natural gas to the Israeli market. By 2010, the Israeli government estimates, consumption of natural gas will rise to 8 billion cu. m. from 800 million cu. m. last year. The contract could help Gazprom fill the Blue Stream pipeline, but infrastructure would have to be extended from Turkey to Israel. Kommersant
——————————————–
Russia has lots & lots & lots & lots of Gas!