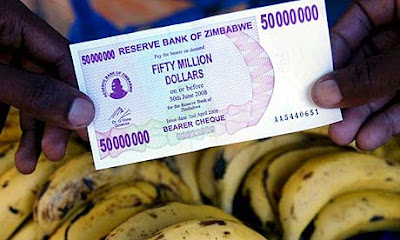 Last week I had a reader comment about the British side of the Zimbabwe situation. The British have a strong interest in the country due to past history. So I was thinking about how the press inputs information to the world.

Look at the titles on these articles about Zimbabwe……

As dispute persists in wake of presidential election, the country seems poised between negotiated settlement and outright civil war.

A Power Failure in Zimbabwe’s Talks

Global pressure may have forced Mugabe’s government to the bargaining table, but it’s not ready to offer an acceptable deal to the opposition

Zimbabwe talks ‘adjourned’, not broken off – Mail & Guardian …29 Jul 2008 … Claims that talks between Zimbabwe’s opposition and negotiators for President Robert Mugabe had broken off were called into question on …

PRETORIA (Reuters) – South African President Thabo Mbeki on Tuesday denied that talks between Zimbabwe’s ruling ZANU-PF and the opposition MDC had reached deadlock and said they were “doing very well”.

All in a matter of a few days (depending on what side of the world you want to read your news) we tell the world that Zimbabwe talks are still going on, doing very well, alive, failure, last effort, broken, not broken and last but not least: Dead And Buried!

By the way the British press seems to have the most level press coverage on the situation….

from BBC News
Talks to solve Zimbabwe’s crisis are to adjourn but will resume in a few days, South African President Thabo Mbeki says.

See, it just says talks adjourned will resume in a few days! I think that I will believe BBC.