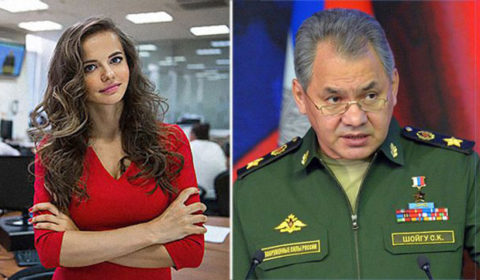 What can you say?

Rossiya Markovskaya, 26, a graduate of the Far East Federal University Journalism College of Vladivostok ‘taki, worked as a reporter, presenter and screenwriter in the’ Vladivostok ‘television and radio agency.

Her nickname is, “Oboronyashka’ – which translates basically as: ‘Defense Cutie”!

Her name is, “Rossiyana” basically the same as if an American named their daughter ‘America’!

The Russians have stopped playing fair!

Now show me what your defense spokesperson looks like?