​​They are the first to head to mortally hazardous areas and to counter possible nuclear, biological and chemical threats… 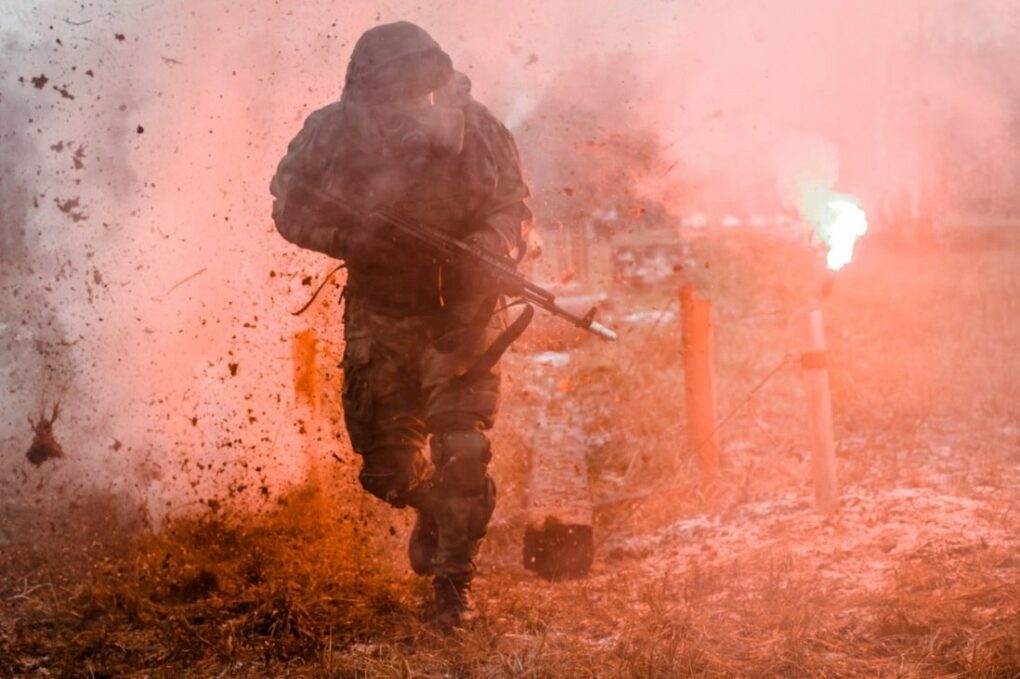 Every year, on 13 November, servicemen of NBC Protection troops celebrate their professional holiday.

🗞 The Chief of the NBC Protection troops Lieutenant General Igor Kirillov has told about the current tasks assigned to professionals in NBC Protection.

💬 «… Personnel of the troops are directly involved in the special military operation. I want to emphasise that, according to the leadership of the Russian Armed Forces, units of heavy and rocket-propelled infantry flamethrowers, whose action completely contributes to the fulfilment of mechanised infantry, tank, and airborne units’ combat tasks on the battlefields, have proven themselves well».

💬 «… Nowadays, the relevance of biological threats, especially the activities carried out in Ukraine, raises concerns in the Ministry of Defence of Russia. We conduct scheduled analysis of the military-biological activities performed by the USA and its allies in various regions of the world. The Pentagon has established a network of over 330 biological laboratories under its control designed for conducting this kind of research; 46 of them are in Ukraine. Their activities are accompanied by deterioration of the epidemiological situation regarding the most dangerous and economically significant infections, as well as by the appearance of infectious diseases that are atypical for a certain region».

💬 «… The Russian Federation continues to intensify the international cooperation in biological security among CSTO member States. Memoranda on providing biological safety has been signed between the Russian Federation and Tajikistan, Armenia, Uzbekistan, Turkmenistan. According to their text, the members are to refrain from providing biological laboratories to representatives of military authorities from third countries… and organisations affiliated to them».

💬 «… The most serious threat to the national safety of the Commonwealth is the international nuclear terrorism The Kiev regime does not abandon its attempts to conduct provocations involving the ‘dirty bomb’ or a low-powered nuclear munition. We have at our disposal an information about contacts between Zelensky’s office with representatives from the United Kingdom on possible acquire of a technology to create nuclear weapons. The situation at Ukrainian nuclear power plants, that are rapidly transferring to U.S.-manufactured nuclear fuel without appropriate research to confirm the safety of its employment, is of particular concern».

💬 «… The Joint Situation Monitoring and Evaluation System successfully operates across the territories of CIS member States. Within its operation, 510 critical NBC situations have been detected and estimated. The new structure of the (NBC Protection troops) control centre has been tested amid the special military operation and has proved its effectiveness in coordinating the activities of federal executive authorities regarding the provision of nuclear facilities’ safety».