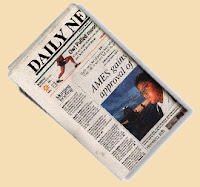 Russian nuclear Arsenal total 3,906 warheads:
The Defense Ministry has revealed that Russian armed forces have 3,906 nuclear warheads and 811 delivery systems at the moment.

Russia strengthens India’s defenses with nuclear subs:
India has become the sixth country in the world to build a nuclear-powered submarine capable of firing ballistic missiles. Moscow played a key role in the construction of the current sub, and has agreed to lease another.

Take a bus trip – put your life at stake:
After a series of minibus crashes, taking a ride in Moscow is becoming a game of Russian roulette. The authorities are blaming bad driving, but the operators say it is because they cannot get qualified staff.

Ukraine, Georgia’s accession to NATO “hypothetical”:
Ukraine and Georgia are not ready to become NATO members, and their accession at the moment is only “hypothetical”, the new NATO Secretary General said.

Rising NPL’s cast pall over banking sector:
Russia’s Central Bank says the level of non performing loans in the banking sector reached 4.5% in the first half. But many it’s likely to get worse as the Russian economy approaches the anniversary of the crisis.

Man busted for wearing too much underwear:
Belarus’ customs have caught an unlucky smuggler, who tried to cross the border from Ukraine wearing 16 pairs of briefs.

Russian bikers on a ride to South Ossetian capital:
Moscow’s bikers have set off on a peace drive to mark the first anniversary of the war in South Ossetia. They will link Moscow and Tskhinval covering, over 6,000 kilometers.

Octogenarian man of muscle:
For most 80-year-olds, their athletic days are over. But one grandfather in the Russian republic of Dagestan is making a name for himself as a record-breaking strong-man.

Kokoity Wants Unity With Russia:
A year after Russia and Georgia fought a war over South Ossetia, the leader of the rebel enclave said he wanted to unite his people with Russia and called on the Kremlin to deploy more troops and weapons.

New Raid Worries Market Vendors:
Police said Monday that they had interrupted a major smuggling operation at the Sevastopol market in southern Moscow, raising concerns among foreign merchants that many legitimate import businesses would be caught up in a crackdown on counterfeiting.

Around 50 journalists killed worldwide in 2009:
At least 46 journalists have been killed in 21 countries since the beginning of 2009, the International News Safety Institute (INSI) report said.