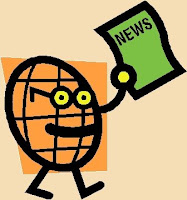 Second Mars-500 flight simulation experiment to end in Moscow:
A 105-day experiment to simulate a flight to Mars will be concluded on Tuesday at the Institute of Medical and Biological Studies in Moscow.

Three militants, one officer killed in Daghestan:
Three militants and a special unit officer were killed in an operation in Russia’s North Caucasus Republic of Daghestan on Tuesday, an Interior Ministry spokesman said.

Israel, Palestinians must settle conflict alone:
Israelis and Palestinians do not need any outside help to end their conflict, which will be resolved only if the two sides are left alone, a Russian expert on the Middle East said on Monday.

Without Russia, Europe has no reliable source of gas:
“There has been no change on the gas supply market.” In the past few months, this phrase has brought for the EU, Ukraine and Russia more anxiety than calm, because no change means that the question over the supply of Russian natural gas to the EU this coming winter has not been settled.