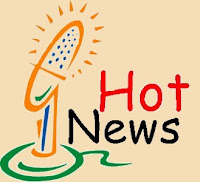 The EU can prove more useful in cooperation with Russia:
Alexandre Adler, a well-known French historian and columnist at Le Figaro and France Culture, for the first time participates in the Valdai Club Summit and shares his thoughts on the topics discussed this year.

Russia switching vector of interest to Asia:
The vector of Russian interest is switching from Europe and the United States to Asia, a Canadian analyst said after a meeting with the Russian premier on Friday.