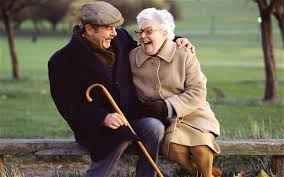 Pension reform has made adjustments to the plans of Russians planning to retire. However, some still have the opportunity to do this early. Who can become a pensioner ahead of schedule, how to do it and what is needed for this, the RIAMO in Korolev columnist found out.

You can apply for an early pension to the Russian Pension Fund if the company goes bankrupt or there have been massive cuts. In this case, the pre-pensioner, who has two years or less before retirement, can count on early retirement.

In order to receive such a pension, you need to have an insurance experience of at least 25 and 20 years for men and women, respectively. If a person worked in a particularly dangerous, harmful or difficult production, then he must develop the necessary experience for a certain type of work.

Also, after dismissal, you must immediately register with the employment center. If the job is not found due to age or a rare profession, a pension will be assigned to the pension fund. But you need to remember that in the very center of employment you should not refuse to work more than two times, and you should not ignore offers to train any specialty. Otherwise, the appointment of early retirement pension may be denied.

It is worth remembering that until 2024 the retirement age will increase gradually. In 2019 and 2020, a gentle increase mode is in effect. Therefore, for example, if a woman turns 55 in December 2019, then she will need to retire in a year, according to the new law. But she falls into the number of exceptions and a pension will be assigned to her earlier – in May 2020.

What you need to know about a thousand rubles pension increase >>

Long work experience also gives privileges upon retirement. If a woman has worked 37 years and a man 42 years, then they have the right to retire two years earlier than the generally accepted age. But in any case, this age will not be earlier than 55 and 60 years.

That is, a woman with a long working experience will be able to retire at 58 years old, and a man at 63 years old.

In addition, benefits for retirement remain with workers in hazardous industries, doctors, teachers, pilots, military personnel, workers in the Far North and those engaged in mining and underground work.
[Pension certificate] How to confirm the seniority of the Soviet era and the 90s for retirement

Of course, pension reform also affected the preferential category, but the changes did not become cardinal. So, nothing has changed among workers in hazardous industries. For them, the rules and conditions for obtaining benefits remained the same as before. Women will be able to retire at 45, men at 50. In this case, the total length of service should be 15 and 20 years, and preferential – 10 and 7.5 years, respectively.

For teachers and physicians, too, much remains the same. The length of service has not changed. For teachers, it is 25 years old, for doctors – 25 and 30 years, depending on where the doctor works – in the city or village. But the receipt of payments is postponed. That is, they will accrue early retirement pension, as before, but they will begin to pay it in six months.

Far North workers will retire every year later 1 year later. So, by 2024, the retirement age for them will stop at 55 and 60 for women and men.

For the military, the service will remain – 20 years. And pilots must work at least 12.5 years men and 10 years women to retire earlier.

In order to become a pensioner ahead of schedule, a Russian must reach a certain age, have the necessary work experience and be sure that his employer faithfully paid insurance premiums for the entire period of work.

In addition, for the early retirement you need to collect the necessary package of documents. In rare cases, due to lack of documents, early retirement pension may be refused. But a potential pensioner always has the opportunity to challenge the decision of the Pension Fund of the Russian Federation in court.