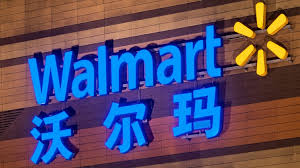 The announcement of the opening of hundreds of new stores in China follows the company’s announcement earlier in the year, where it stated that it was planning to invest billions of dollars into its Chinese business. On Thursday, Walmart stated that it will mainly be using its investment to focus on groceries and online shopping, which it believes are the keys to drive its expansion in the country.

Source: Walmart To Open More Than 500 Stores In China As Part Of Aggressive Expansion Plan

It is the press that gets very little fanfare that you should look at. Not the dancing clowns being presented as real news…

A survivor of six heart attacks and a brain tumor, a grumpy bear of a man, whom has declared Russia as his new and wonderful home. His wife is Russian and she puts up with this bear of a man and keeps him in line...Thank God for my sweetie and Russia. -- View all posts by kKeeton