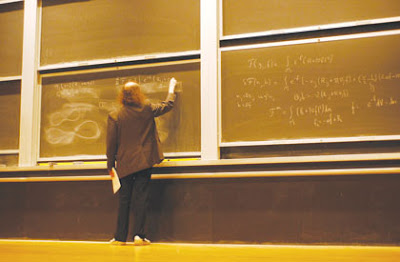 Grigory Perelman who lives in St. Petersburg is a exceptional (that is an understatement) mathematician. He has won a prize, which is linked to the understanding of multidimensional shapes…

US-based Clay Mathematics Institute offered $1 million to anyone to solve one of its seven “Millennium Problems” of the last hundred years. Perelman is so far the only one to have done this feat! He has solved the “Poincaré Conjecture!“

The world press has extensively said that Perelman refused the prize money of $1,000,000. I have seen articles that all but called him… (We will ignore those articles)

Grigory Perelman is what we call a recluse and it is obvious that he does not think on the same level as we normal people do. So to speak for him without allowing him to absorb the facts first, was a disheartening slam to an individual that is seriously over our heads intellectually wise! He has never said that he does not want the money, but a British tabloid press has stated different. In fact he has only said, that he has not decided yet about the prize money!

After reading about the “Poincaré Conjecture”. I feel that Perelman should have the prize money delivered to him and he should not be expected to travel to the prize money. They (Clay Mathematics Institute) made the challenge and someone was capable of doing the impossible.

Grigory Perelman is an incredible individual that deserves much respect for what he has done.