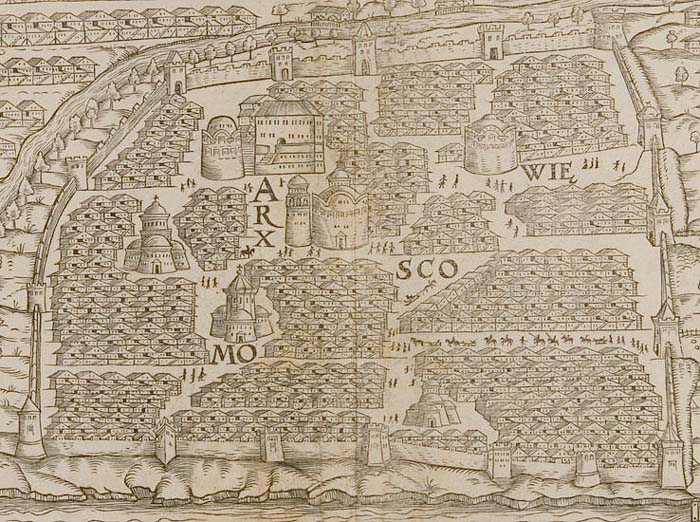 Moscow”Moscow is very large and appears even larger from a distance. It is built entirely of wood. For this reason the artisans, most of whom have fire at hand, are all outside the town and there is a long row of buildings beyond it. In between lie large squares … the Prince had had the houses counted six years ago [probably 1520] and found there were forty-one thousand five hundred of them.”Herberstein refers to the dwelling place of the Grand-Duke as a ‘castle’. However, he also says that “. it could be called a townlet, for many walled apartments of the Grand-duke’s lie within. … There are two fine churches here … those of Our Lady and St Michael, as well as other churches of which two, at the time that we were there, were being walled.” (Grundy, pp20-21) Here, Herberstein is referring to some of the palaces and churches which make up the present-day Moscow Kremlin, parts of which date from a period of extensive construction in the later fifteenth and early sixteenth centuries.