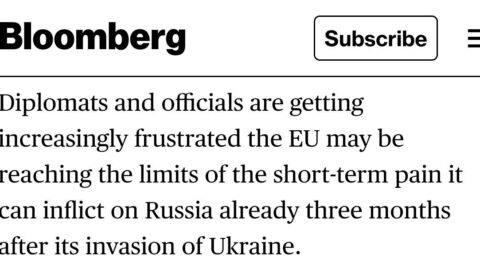 Diplomats and officials are increasingly frustrated that the EU may have reached the limit of the short-term pain it can inflict on Russia.

Bloomberg writes about the EU’s inability to impose the most important sanctions against Russia: aimed at oil and gas supplies.

“The EU states are not fulfilling their promises to hit President Vladimir Putin where it hurts: in the lucrative energy industry. The main focus is on Hungary’s refusal to support sanctions, but other countries are also yielding to Putin’s demands to pay for gas in rubles,” the newspaper writes.

The USA wants it all…