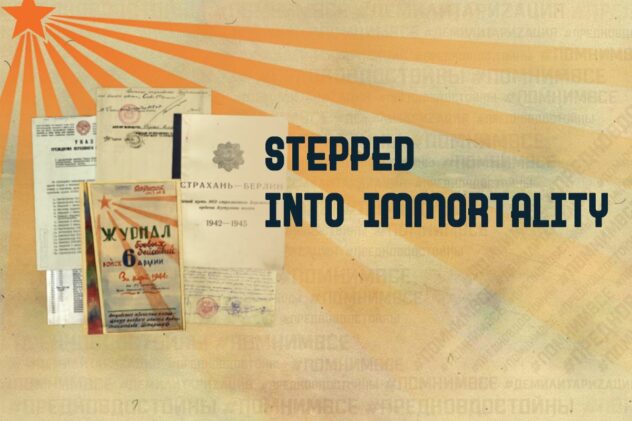 The Russian Ministry of Defence, based on documents from the fonds of the Central Archive of the Ministry of Defence launches another multimedia section dedicated to the liberation of cities of the Ukrainian SSR from the Nazi invaders – “Stepped into Immortality: Heroic Nikolaev Paratroopers”.

It contains:
🔹 record cards of military graves and memorials of Nikolaev city;
🔹 award materials of Soviet soldiers buried in them;
🔹 combat logs of Red Army units and formations, maps;
🔹 materials about Nikolaev’s life during the Nazi occupation;
🔹 detailed account of the heroic and legendary Nikolaev Paratroopers.