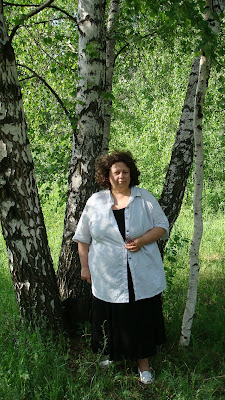 Do you believe in witch-doctors?..I do not!

Natasha died and I’ll tell you her story, just part of the story, but maybe it could help someone.

Just now I realize that she never liked doctors. Why? I really don’t know, just guess that she was a big girl and doctors might have told her that she needed to have diet and change style of life: more walking and do exercises… Don’t really know but think nobody likes to know that you (like you are) are not good enough and need to work on yourself hard. So Natasha did not like doctors and always tried something else, she heard about some witch-doctors, “doctors-psychotherapist” or future-tellers and went to them to ask help to loose weight or to find out the future.

Nobody expected this! But three years ago she really felt bad (she had something with belly, it became too big like drum), so my friends and me persuaded her to go to a hospital /do not forget that we live in Russia and still have free medicine here/. And she was told in hospital that she had cancer (in already 3-4 stage).

Now, I remember that she had “little” problems a year before the doctors told her she had cancer. Her response on her “little” problems was to call her witchdoctor-psychotherapist and she was always told: “It’s OK, I will cure it.” and Natasha always got relief sooner or later. I still can not understand Natasha had two witch doctors that time, and how they could not know /of course, if we suppose they can know or feel something../ about Natasha’s BIG problem – her cancer!

(Please, my reader, if you not feeling good, go to doctor at least sometimes just to know that it is not something really bad!)

What was next… One of these witch-doctors found a doctor in cancer-hospital and they asked her to pay American 2300$ per dropper every 3 weeks. (Remember that is free medical in Russia)

Natasha had the chemo for half a year then she was offered to have a surgery done, but she did not want (she still hoped to have a child one day). Then she met a “Teacher”, the “teacher” belonged so-called “School of Casualty” by Goch (Школа Причинности Василия Гоча). He told Natasha very beautiful words, he told her that she has not just physical but 7 thin bodies around physical body. One of these bodies is Body of Casual and that all in the world has Reason to be, and her illness has a reason so he promised “to work on her body of casual and remove the reason of her illness”. How I understand this man had a charisma and really could do some things like remove pain… He told Natasha that she must take responsibility for herself by herself. No ultrasound anymore – it’s bad for thin body, no chemo – she is already healthy and if she feels something wrong that just because she remember about illness what does not exist in her body anymore… I heard that and did not know what to tell Natasha I knew that was Religious Sect! But how to take away a sweet from baby, how to remove last hope? And Natasha took a decision those became her Way. She tried to study something, she tried to believe that she was healthy now… She was inspirited and happy. And even I’ve believed she was OK then.

Then terrible thing happened, Natasha called me in February and told that her “teacher” (pupil of Goch) does not want to work with her anymore. She told me that she had “little” problems since December and her “teacher” (pupil of Goch) told that he worked in her Casual Body, corrected all and already told Goch about this. She called him again and told that she had still the same – his reaction was: “I see nothing you think out a problem”, after her third call he told that he did not want to work with her because she could not believe. She was so lost then we discussed different thing what to do but she went back to the “teacher” persuaded him to take her back.

She felt really bad last month, when she had a temperature 40C she told that the “teacher” works on her this time. A week before she died the “teacher” told that her body escaped of under control and she needs to go to doctor. I can not imagine what Natasha went through since! But she tried she called her mother and asked her to help pickup things for the hospital. Then she asked her mother to leave. She called emergency and got in the emergency car. Her breath stopped during this ride, they still tried to save her in the hospital and put equipment what breathed for her. Natasha never breathed by herself again she died 3 days later. 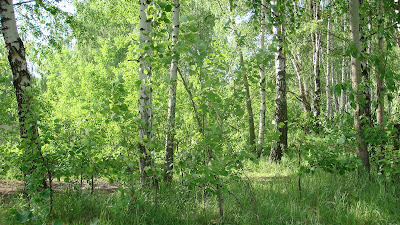 When I worked on this article I found these links:
1) That is about the School of Causality…
(This link has been canceled.)
http://www.valeology.com/ (This is the new link, but only in Russian language now. They obviously do not want English reading people to see it.)

2) This is an article about one man who died from otitis (running ear), people should not die from that. But this man was got to the same sect where Natasha was.
Please read it:
(in Russian)
http://www.google.com/translate

Natasha died and I still believe – believe that our body can recover itself and that our body is like a river…..
Natasha died, where is she now, what she believes and what she knows…..
Svet
Comments alway welcome and we can discuss this problem in our Discussions as well.

PS: Our friend Alexey was shocked with the story he published his article in Russian in his live journal. He is sure the evil must be stopped! And he wants to make his investigation with our help about this case and the “School of Casualty”. Thank you Alexey! You are a real friend!
link to Alexey’s article in LiveJournal: