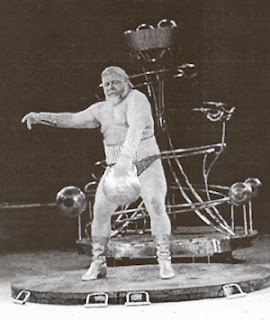 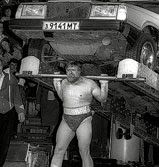 Yes, you are right! I like to find and tell about strong people. Sometimes these people have strong spirit and sometimes they are strong both physically and in a spirit way.
Such person is Valentin Dikul. And today I want to tell about him:

Look at the pictures of this legendary strong circus man! Valentin Dikul has a title of Strongest Man in the World.

On this video you can see this:

And he was the only man who have carried the 1000 kg barbels on his shoulders for 10 meters.

Yes he is very strong man!

But now I want to tell you another story of him a story of strong spirit within the same man:

Valentin Dikul was born 03.04.1948 in Latvia, soon after the Second World War. His father was killed action, his mother died in giving to him. Little Valia (short name from Valenrin) was brought up in the birth orphanage, difficult and hungry, spent in with his life fights for leadership for a bread. The traveling piece of circus was his only real joy in life. Valia would run away to spend the entire day there. He very early that decided he must become a circus performer. He was talented and fantastically devoted. He quickly mastered the juggling and acrobatics, but finally decided to become a trapeze artist. He was fifteen years old when he performed his first number.

In 1962, when Valentin Dikul was performing a circus routine in Kaunas, Lithuania, a cable on his trapeze snapped, sending him plummeting 15 meters to the floor and breaking his back. Doctors told him that he would never regain the use of his legs. He was 16 years old.

Dikul had always dreamed of becoming a circus performer, and he was determined to get back on his feet and return to his passion. Immediately after his release from the hospital, he began a rigorous self-imposed rehabilitation program, often passing out from exhaustion on the floor of the gym.

After six grueling years, what seemed impossible was becoming a reality: Dikul was able to rise unaided from his wheelchair and walk across a room in a series of shuffling baby steps.

Today, more than four decades after the accident, Dikul is back in the big top, this time as a dumbbell-juggling, iron-bending strongman with several Guinness records to his credit. But his recovery has enabled him to do more than simply return to the circus. Now, as one of Russia’s leading authorities on treating spinal injuries, he serves as the director of a Moscow clinic group that specializes in the methods he used in his own rehabilitation. Read more about Valentin Dikul here.

I’ve seen this big strong kind man on the Health Festival two years ago. He told about his system, answered questions… He even told that Moscovites get help in his clinic for free. There will be this festival again 2-16 of December 2007. Dikul will seminar the 15th of December. We will try to go. So if you have questions to Valentin Dikul send to us and we’ll try to ask them of Valentin Dikul. 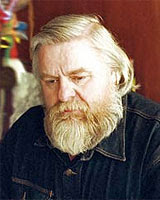 Maybe this article can help or inspirit someone!
Be Happy and Healthy!

PS When I worked on this article I looked through these links: