No one in America wants to talk the truth about 9-11 and all those people being murdered in the Twin Towers in New York…….Are you scared to talk about what happened?

No one wants to talk about the Pentagon being hit by a jet? Yes it is a big question mark actually!

No one wants to talk about the jet that hit the field and simply dissipated from sight!

No one except a few vilified people!

The rest of us people in and from America simply just accept that, “One man dood-it!

We killed so many in Iraq alone, that we are not even able to cheat a low kill number!

(http://www.huffingtonpost.com/2013/10/15/iraq-death-toll_n_4102855.html) Nearly half a million people have died from war-related causes in Iraq since the US-led invasion in 2003, according to an academic study published in the United States on Tuesday. – Shouldn’t we be mourning these people also? Since it was proven they did nothing and had nothing to do with the situation! We mourn our loss, but ignore the insanely amount we killed in Iraq…

We lap up the Hogwash as if it is tasty and a treat!

No one except a few, not scared to have their reputations tarnished for life…

I ask continually and look for answers to these thoughts… 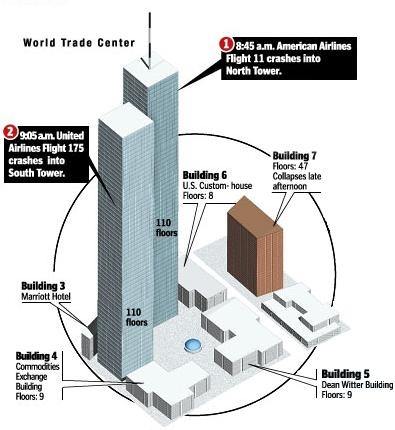 Seriously people! There are a thousand questions to be asked and we need to all ask. We can still mourn those who died, but do we have to accept the story we have been given for the whole thing. Nothing adds up and that is not hogwash! The hogwash is what we have been fed…

People died, many people died on 9-11! (But many more died from our reaction against innocents!)

I think we deserve the truth and nothing but the truth!

I am tired of the Hogwash we are fed constantly…

You should read this, by someone who was there…

I remember 9/11 like it was yesterday. I was one year into my Wall Street career. I got up that morning just like every other morning and headed toward Union Square station to get on the subway down to 3 World Financial Center, the headquarters of Lehman Brothers. I had just purchased breakfast in the cafeteria when I saw one of the human resources folks from my floor yelling to evacuate. I was confused but I got my ass downstairs fast. When I got down there I joined the hundreds of others staring in awe skyward at the gaping hole in the North Tower of the World Trade Center. People speculated that a helicopter had hit the building, but I said no way. It looked like a bomb went off to me.