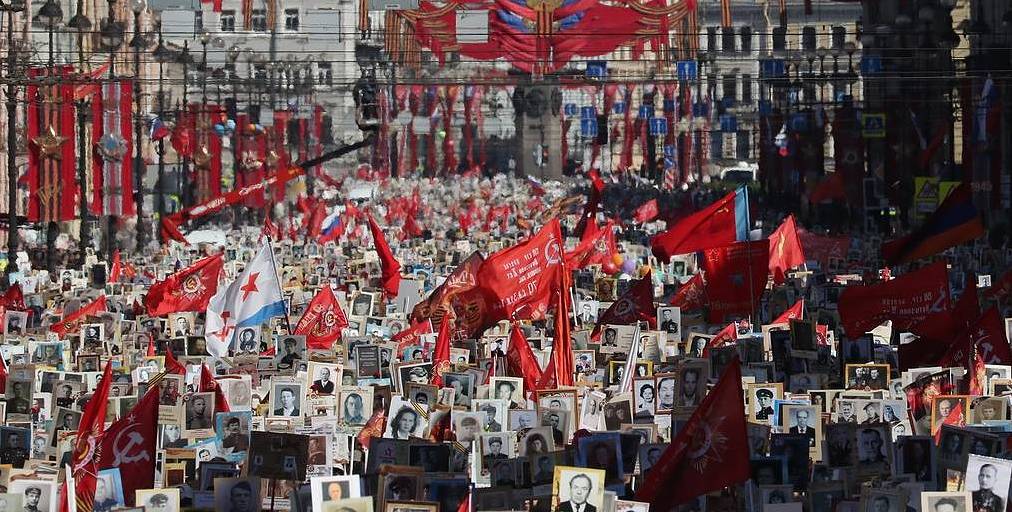 The ‘Immortal Regiment’ march is an annual event held throughout Russia and in other countries on May 9. The event is dedicated to victory in the Great Patriotic War (as WWII is called in Russia) that claimed lives of about 28 million Soviet people, both soldiers and civilians. During the march, people carry portraits of their relatives who fought or died during the war.

The idea was born in the Russian Siberian city of Tyumen in 2007 when the march was called the Victors’ Parade. In 2012, another Siberian city of Tomsk picked up the torch renaming the rally as ‘Immortal Regiment.’ The next year, about 120 cities joined in. A year later, people carried portraits of their relatives, who fought during WWII, in 500 cities in seven countries. Since 2015, the ‘Immortal Regiment’ march has officially become a nationwide event.