The Broken Reset and Russia… 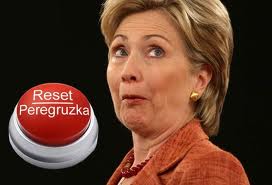 Obama’s decision to base his Russia policy on a partnership with the presumed “liberal” Medvedev, in the hope of promoting his political fortunes over Putin’s, has further limited support for the reset in Moscow. (Like the US media, Obama and his advisers continue to denigrate Putin as a leader with “one foot in the old ways” and even one who, as Secretary of State Hillary Clinton once remarked, “doesn’t have a soul.”) This political wager on Medvedev repeats the longstanding White House practice of mistaking a personal friend in the Kremlin—“my friend Dmitri,” Obama calls Medvedev—for broad support in the Russian policy class. Indeed, openly backing Medvedev for the Russian presidency in 2012, as Biden did so improperly while in Moscow in March, has revived the Russian elite’s resentment over US interference in its internal affairs and reinforced the view that only Putin can be trusted not to “sell out Russia to the West.”…

Oops – You should have a good read on this article. It is what I have been saying for over a year now about what is happening in Russia and the American reset farce…