President Trump shocked Washington this morning when he Tweeted confirmation of rumors that he would order the removal of US troops from Syria. According to his spokesperson, the order has already been given. The neocons are not happy, with Sen. Lindsey Graham Tweeting that removing troops is an “Obama-like” move. Will Trump’s own staff rebel? What about the fine print? Are we really leaving?

Source: The Ron Paul Institute for Peace and Prosperity : Trump Shocker: ‘We’re Leaving Syria!’ Does He Mean It?

We have defeated ISIS in Syria, my only reason for being there during the Trump Presidency.

They are stinking coming unglued in the USA! 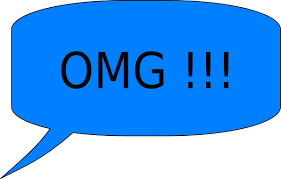 Try a million million tweets about how terrible Trump is!

Now if it really happens that we pull out of Syria?

That will be a miracle and it is the proper thing to do. We are wrong to have tried to destroy Syria and yes, we did try and almost succeeded. Just stare at the abyss we created, that is called Libya…