Today, as the rich get richer and the poor get poorer, it seems we are approach a new Middle Ages in America, as inequality increasingly spreads through the land. It is as if the superrich are like the new royalty and the top 1% are living in mansions like the old castles of kings in the kingdoms that eventually melded into Europe and the U.K. Meanwhile, the media wields the power of the medieval church, placing its blessing on those with wealth and celebrity, who are protected by their retinue of publicists, handlers, lawyers, chauffeurs, and servants. They are much like the landed nobility who were part of the king’s court, who formed a protected and privileged enclave far removed from the much larger class of peasants who worked their land and paid their taxes, which supported the royalty and monarchy in their grand style.

I began thinking of this comparison after a friend emailed a link to a video that has been circulating on the Internet – Wealth Inequality in America http://www.youtube.com/watch?v=QPKKQnijnsM, at the same time that I have been watching some TV series set in the Middle Ages – Monarchy http://www.imdb.com/title/tt0431550, about the history of the kings and queens in England, starting in 400AD with the warring feudal lords who were united into a kingdom under Alfred in 871, Borgia, about the growing power and wealth of the papacy under Rodrigo Borgia, who became Pope Alexander VI and his family, in the late1400s, http://www.imdb.com/title/tt1736341; and World Without End, http://www.imdb.com/title/tt1878805, about the struggles of the peasants in England in the 1300s, during the reign of King Edward V.

The Wealth Inequality in America video makes a frightening case for what is happening in America as the middle class is being undermined and the poor are becoming poorer than ever. The video also echoes what I have noticed in my own life, where a growing number of professional and business people are now out of jobs or businesses, recently lost their home to default or foreclosure, or have recently filed bankruptcy or are on the verge of doing so. This video is not just a study in economic statistics – but it shows how our society is being irrevocably changed by the growing disparity of wealth between the super rich and everyone else.

As the Wealth Inequality in America video describes, a Harvard business professor and economist asked over 5000 Americans how they thought wealth was distributed in the U.S, which was about $54 trillion in 2009. Based on dividing the country into 5 groups – the bottom 20%, second 20%, middle 20%, fourth 20%, and top 20%, he asked how the survey participants thought wealth was divided and the ideal distribution. Then he compared those results with the reality for 311 million Americans. Based on this, the survey group thought the top 20% had about 60% of the wealth, and the fourth 20% about 20% more, though in their ideal scenario, 92% of the group imagined that the top 10% would have about 35% of the wealth, and the middle and top fourth about 20% of the wealth each. http://www.motherjones.com/politics/2011/02/income-inequality-in-america-chart-graph. But in reality, the top 20% have about 85% of the wealth, and next fourth about 10%.  That leaves about 5% for the remaining 60% of Americans. And the top 1% has nearly 20% of the wealth. http://danariely.com/2010/09/30/wealth-inequality;

This disparity is worse than ever, since in the ideal scenario, the wealthy are about 10 to 20 times wealthy as the poorest Americans, while there is a healthy middle class. But in reality, the poorest Americans are barely getting by, the middle class is barely distinguishable from the poor, and the top 10% are much better off, especially the top 1% which has 40% of the wealth. The bottom 80% has only 7% of the wealth. This situation has gotten worse in last 20-30 years. The richest 1% earn 24% of the income today, whereas in 1976, that number was only 9%. Moreover, the top 1% own half the countries’ stocks, bonds and mutual funds, while the bottom 50% own only .5% of them. http://thinkprogress.org/economy/2011/10/03/334156/top-five-wealthiest-one-percent. A CEO makes 380 times the income of average employee, so the average employee has to work about a month to earn what CEO makes in 1 hour.

This situation is much like what existed in the Middle Ages, with today’s poor underclass much in the position of the peasants, and the superrich like the nobility, with the blessings of the media heaped upon the rich and famous. For example, look at the huge McMansions of the celebrities, wealthy CEOs, and Internet millionaires. These homes are often high on bluffs and surrounded by gates, while bodyguards, security guards, and an entourage offering various services surround them, much like the retainers, servants, and knights of old protected the king, queen, or other high ranking nobles. ikewise the marriages of celebrities and the wealthy with one another, celebrated through features in the celebrity press about their glamorous marriages, are much like the marriages of the royals of different countries, with families seeking to cement alliances through these matrimonial ties. Then as now the wealthy families had access to the finest education, travel, and clothes, while private jets are a modern day equivalent to the fine carriages and horses of old.

The modern day superwealthy also find plenty of loopholes to preserve their wealth, such as tax shelters in no-tax islands, while the middle and lower income classes, much like the medieval peasants were required to pay more and more, such as the extra taxes the English peasants had to pay to finance the hundred years war from 1337 to 1453. As for the media, they play the role of the medieval church in the way they support and celebrate the doings of the superrich in the growing number of celebrity and style publications. And to make one more comparison, the reality shows where competitors seek to be the last one standing are like the jousts of knights, especially in shows like “Fear Factor” and “Wipeout,” where the competitors face extremely difficult and even dangerous challenges, though they wear safety harnesses and a team of medics are in waiting to take care of any physical or emotional challenges that might arise.

In short, the growing disparity of wealth today has many parallels with the unequal society that emerged in the Middle Ages, as kings and nobles consolidated their territories and became richer and richer, drawing on the taxes of the peasants to help them become even more powerful. But lest we forget, the wealthy superrich of medieval times were continually subject to plotting by the other superrich seeking to overthrow them, along with repeated peasant revolts against their mistreatment   So some of the modern day protests, like the Occupy movement and the growing protests about the Zimmerman verdict, might have parallels with the peasant protests that deposed many kings and nobles and some of the social revolutions like the French Revolution that led to a shift to a fairer society for a time before the rise of a new wealthy class once again. Could that happen today? It could be one of the outcomes of the spread of the New Middle Ages characterized by a growing disparity of wealth and the rise of the super wealthy who are like today’s new royalty. Or might there be another outcome through efforts to create a more equal society before the growing inequality becomes even worse? 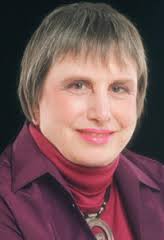 Gini Graham Scott, PhD, writes frequently about social trends and everyday life on her blog at www.ginigrahamscott.com/blog. She is the author of over 50 books with major publishers and has published 30 books through her own company Changemakers Publishing and Writing. She writes books and proposals for clients, and has written and produced over 50 short videos through her company Changemakers Productions. Her latest books include: TRANSFORMATION: HOW NEW DEVELOPMENTS IN SCIENCE, TECHNOLOGY, BUSINESS AND SOCIETY ARE CHANGING YOUR LIFE – http://www.amazon.com/Transformations-Developments-Technology-Business-Changing/dp/1490318046/ref=sr_1_1?ie=UTF8&qid=1372985784&sr=8-1&keywords=transformations+gini+graham+scott and THE BATTLE AGAINST INTERNET BOOK PIRACY – http://www.amazon.com/Battle-Against-Internet-Book-Piracy/dp/1490331921/ref=sr_1_1?s=books&ie=UTF8&qid=1372985827&sr=1-1&keywords=internet+book+piracy+scott. Her website is www.ginigrahamscott.com.