U.S. authorities have charged the alleged owner of today’s most visited illegal file-sharing website with criminal copyright infringement and have seized domain names associated with the website.

Artem Vaulin, 30, of Kharkiv, Ukraine, was arrested today in Poland and is charged by criminal complaint, filed in U.S. District Court in Chicago, with one count of conspiracy to commit criminal copyright infringement, one count of conspiracy to commit money laundering and two counts of criminal copyright infringement. The United States will seek to extradite Vaulin to the United States.

“Vaulin is charged with running today’s most visited illegal file-sharing website, responsible for unlawfully distributing well over $1 billion of copyrighted materials,” said Assistant Attorney General Caldwell. “In an effort to evade law enforcement, Vaulin allegedly relied on servers located in countries around the world and moved his domains due to repeated seizures and civil lawsuits. His arrest in Poland, however, demonstrates again that cybercriminals can run, but they cannot hide from justice.”

“Copyright infringement exacts a large toll, a very human one, on the artists and businesses whose livelihood hinges on their creative inventions,” said U.S. Attorney Fardon. “Vaulin allegedly used the Internet to cause enormous harm to those artists. Our Cybercrimes Unit at the U.S. Attorney’s Office in Chicago will continue to work with our law enforcement partners around the globe to identify, investigate and prosecute those who attempt to illegally profit from the innovation of others.”

“Artem Vaulin was allegedly running a worldwide digital piracy website that stole more than $1 billion in profits from the U.S. entertainment industry,” said Executive Associate Director Edge. “Protecting legitimate commerce is one of HSI’s highest priorities. With the cooperation of our law enforcement partners, we will continue to aggressively bring to justice those who enrich themselves by stealing the creative work of U.S. artists.”

“Investigating cyber-enabled schemes is a top priority for CI,” said Chief Weber. “Websites such as the one seized today brazenly facilitate all kinds of illegal commerce. Criminal Investigation is committed to thoroughly investigating financial crimes, regardless of the medium. We will continue to work with our law enforcement partners to unravel this and other complex financial transactions and money laundering schemes where individuals attempt to conceal the true source of their income and use the Internet to mask their true identity.”

According to the complaint, Vaulin allegedly owns and operates Kickass Torrents or KAT, a commercial website that has enabled users to illegally reproduce and distribute hundreds of millions of copyrighted motion pictures, video games, television programs, musical recordings and other electronic media since 2008. The copyrighted material is collectively valued at well over $1 billion, according to the complaint. The complaint alleges that KAT receives more than 50 million unique visitors per month and is estimated to be the 69th most frequently visited website on the internet.

In addition, a federal court in Chicago ordered the seizure of one bank account and seven domain names associated with the alleged KAT conspiracy.

According to the complaint, KAT has consistently made available for download movies that were still in theaters and displayed advertising throughout its site. KAT’s net worth has been estimated at more than $54 million, with estimated annual advertising revenue in the range of $12.5 million to $22.3 million, according to the complaint. The complaint alleges that the site operates in approximately 28 languages. KAT has moved its domains several times due to numerous seizures and copyright lawsuits, and it has been ordered blocked by courts in the United Kingdom, Ireland, Italy, Denmark, Belgium and Malaysia, according to the complaint. KAT has allegedly operated at various times under the domains kickasstorrents.com, kat.ph, kickass.to, kickass.so and kat.cr, and relied on a network of computer servers located around the world, including in Chicago.

Several motion pictures currently available for download and sharing on KAT are still showing in theatres, including “Captain America: Civil War,” “Now You See Me 2,” “Independence Day: Resurgence” and “Finding Dory,” according to the complaint. The complaint alleges that Vaulin, who used the screen name “tirm,” was involved in designing KAT’s original website, oversaw KAT’s operations and, during the latter part of the conspiracy, Vaulin allegedly operated KAT under the auspices of a Ukrainian-based front company called Cryptoneat.

The charges and allegations contained in the complaint are merely accusations. The defendant is presumed innocent until and unless proven guilty. 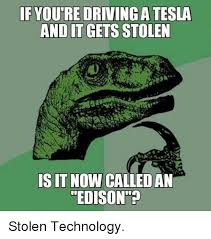 There is no excuse for us to stifle what made even our country great. Before the day, life expanded because of copying what other parts of the world did, does and perfected. Always from expansion of knowledge comes better knowledge and comes a better life. We are creating our own conditions to squelch advancement of our societies…

Bottom line fact is’ If someone had stifled the US, like the US wants to do to the world, then the US would not be the powerhouse as it is today. This includes many other countries doing the same thing. Examples of stolen ideas and utilized by all…

So what is our hangup and why are we trying to stifle progress? Why do we not embrace and utilize opportunities that are presented to us?