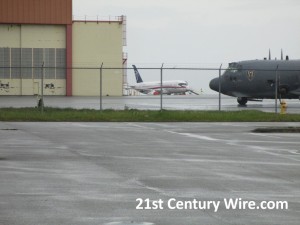 Maybe it was just a “wind test”? We contacted local Iceland media who are claiming that aviation authorities are saying it was some sort of a test.

Or was this a privately chartered jet carrying a controversial and unannounced cargo, and waiting for clearance to land?

Interesting, so let’s take a look…