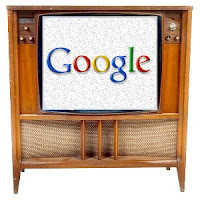 TV is not a news source anymore and people need to get use to it. TV is a placatory instrument for the masses! This is a true statement whether you live in America, Russia or China. Also the major newspaper organizations are not news worthy anymore either.
TV is used one of two ways. Either to over-inform or under-inform! Russian TV under-informed on the Metro Bombings where as normal TV in America almost always over-informs on big news items. The effect is the same either way because too much of something obscures the facts just like too little of something obscures the facts. (The past 9-11 terrorist attack in America is a perfect example of super overkill on reporting and the recent fact that New York had cops with Machine Guns guarding the New York metro after the Moscow Metro was hit, was plastered all over the world in news!)
The internet is the future of news!

Russia Today which is an mainly an internet based news source hit the jackpot, one of their newscasters that was on her way home from work was almost in the middle of the first explosion. She was on the air being broadcast all over the world as she told her story about what happened. She made it back to the station at about 8:20am and was on the air at 8:26am! This young lady was lucky or unlucky enough (however you look at it) to have been near the situation and be able to give a first hand report. I know I watched her and she was shook up and almost crying…. This gave huge credibility to RT on what was happening.

Channel 1 at around 8:30am gave information on what happened. After that report Channel 1 had no information to go by. Channel 1 is a typical TV station. Nuff said…
My first post was at 8:36am and from that point I posted a lot of articles and still am posting articles about the Metro bombings. I have without any problems kept a handle on what is happening in Russia and the bombings. I have chosen to print some things and chosen to not print other things. I am not a news agency but I have an interest in what is correct and right. To print something that is incorrect just to print, would be stupid!
If you follow this blog, you would not have lacked in knowledge about what was happening with the Moscow bombings. In fact Svetlana has taken very good pictures and a video that have been published in several of our blogs.
The internet is the future of information. This information may not be correct all the time but it is the future. The newspaper and TV are a dying entity.
So why am I rehashing this information? Because the Western press has their head up their ass as usual and all they can do is print articles about how Russian TV let the Russian people down and that war will come to the streets of Moscow! Seems that major press goes hand in hand with lies, lack of knowledge and sensationalism…
I have read all the articles and everyone of them is a huge twist of the facts. It takes a bit of truth and alters the words into a card game, played with a hand of bull…
I want to know where all these Moscow reporters, that write for all the Western news were, when all the bombs were going off? You would be surprised at how many of your favorite news sources in America and Europe have offices in Moscow. These offices put news out in both Russian and English language were very quiet the day of the terrorist bombings. Now I see articles days later, from all the so called big names, writing from Moscow. They all talk with authority and give editorials on what Russia should have done and what Russia did wrong. But we did not see and hear from any of those idiots until everything was over with. They were no more censored then than they are now. Seems they have plenty of jaw flapping going on now…
Grandpa had a saying, “A womans hind end gives you a view of what you missed!”
Windows to Russia!
PS: The point is that Russia did what she thought was best and I agree with her! There was no panic at all.