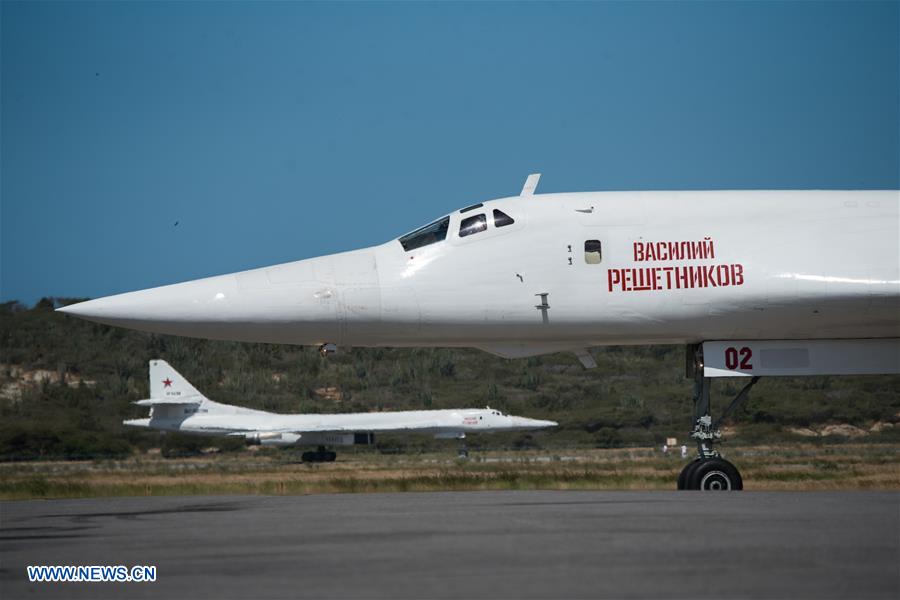 Photo taken on Dec. 10, 2018 shows a Tu-160 strategic bomber at the Simon Bolivar International Airport, in Maiquetia, Vargas State, Venezuela. Two Russian Tupolev Tu-160 strategic bombers have arrived in Venezuela, the Russian defense ministry said in a statement. According to Russian news report, Venezuelan Defense Minister Vladimir Padrino Lopez welcomed the Russian warplanes, saying that Venezuela is getting prepared to defend itself when needed and the country will do it with the friends who advocate respect-based relations between states. (Xinhua/Marcos Salgado)

This is a good thing and, “Oh My, it has stirred things up in the US Gov…”

Earlier in the day, Pompeo referred to the Russian and Venezuelan governments…

MOSCOW, Dec 11 (Reuters) – Two Russian strategic bombers capable of carrying nuclear weapons have landed in ally Venezuela in a show of support for the government there that infuriated Washington.

“Russia’s government has sent bombers halfway around the world to Venezuela,” fumed U.S. Secretary of State Mike Pompeo on Twitter. and “The Russian and Venezuelan people should see this for what it is: two corrupt governments squandering public funds, and squelching liberty and freedom while their people suffer.”

Nothing like telling a flagrant lie! Is there U.S. Secretary of State Mike Pompeo?

Maybe looking at the home front and fixing things there is a better way to begin. Right Pompeo?