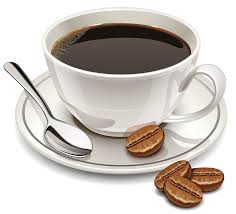 I have been doing serious studying.

This spiral to the great drain of life, downwards goes the Western Empire. This is not just an American phenomenon. It is a Western one. Western culture is and has been collapsing steadily as an all accepted free standing megalith. Starting even before the First American Civil War, when the South wanted away from the taxes and imposing of the North, just as the colonist did from England. In America slavery of one form gave way to another form, again and again. All the same in the end….

The North won and we have all been slaves since….

All starting even before Columbus set sail his dreams. Starting from the death of many empires before her. The Western Culture was destined to die from the beginning…. It must die, it is natural…. Just as Eastern Empires have died in the past also…

This prodigious fact went largely unnoticed this time, as it was even dwarfed by the greatest spending/debt spree in the known world, money flowed like cocaine.  But the divide between those that loved and those that hated the Western culture had become set in stone. Never more so prominently displayed than the North and South divide of America, what is called the “Civil War.” The South was a defeated country, not just an ideology, but it had become its own country and was beaten and subtended upon against their will…. By a Industrialized North…. (Slavery was not the real issue..)

Western financial, moral and political bankruptcy is bringing this demon into the light. Short of a culture war the Left against Right, so to say, the Western Empire (As I call it!) cannot recover and will pass from the Earth. As many have done in the past and many empires will do in the future…

We have been given much rope to hang ourselves and as such we had many opportunities to straighten ourselves out. No one forced us to follow the god of money…

You have to realize that Empires have to die; they die so that a new one may rise. Then the money flow is renewed and life goes on. But only war can cleanse and restart the debt cocaine rush. Even a civil war within America will send the world into a reset…

The only question now!

What side are you on? As the article above shows; propaganda is in full swing and you are shameful to not be on the correct side. Which ever that is? Your choice…

Left or Right? Family against family? Rich against poor? See it is simply black and white, one side or the other, cut and dried and easy as apple pie. Just pick a side and fight…

Nothing ever changes, does it?