I’m not even joking. I have so much work to do and I can’t stop watching this. MSNBC often removes its most embarrassing debacles from the internet. Someone please do that here so I can get to work pic.twitter.com/sdNn20XBv4 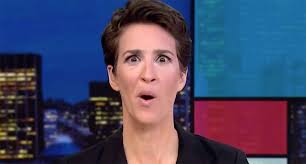 No US people: Whatever the US does, it does from a position of being the only modern country waging sempiternal war around the world. It is also iniquitous of repeatedly performing false flags to start those wars. Thus, if anyone would do such a thing as to disrupt the power and gas of US citizens during a cold spell, it would be the USA and her shenanigans. – kKEETON

To live in a world with such a psychotic country as the US and knowing that they will attack at any drop of a hat or pin….is not a very reassuring thought. That thought is on billions and billions of peoples minds daily and every time the US sanctions, attacks, bad mouths and simply threatens another country. More people start thinking about, “Are we next?”

It also brings up an old saying, “Sometimes you gotta put the rabid dog down.”