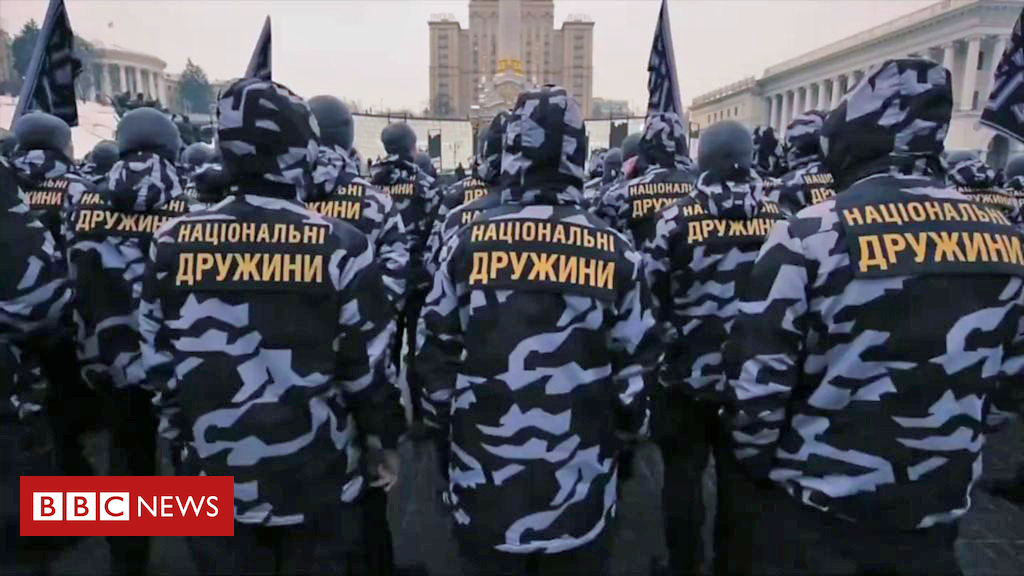 Ukraine’s National Militia says it “polices” the streets. So why does it also fight the police themselves?

The BBC report sounds ambiguous, or rather looks like a travesty. It has reached a point that it is impossible to continue hiding the facts in Ukraine, so they obfuscate the events which led to the present situation. Now that the situation has spiraled out of their control. They (west) start washing their hands of all wrong doing…