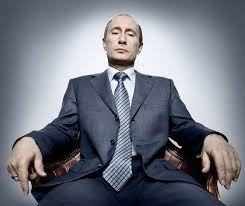 Don’t Mess With the GodFather!

Putin the Godfather of the world is being pressured by the West to weigh in on the USA election. They demand his blessing…

Putin says on the subject of the USA election:

“It is not that we like or do not like someone — we are simply waiting for an end of this internal political confrontation,” …. “We will work with any person, who holds the trust of the US people. But to whom this confidence is given — it must either be indicated through political convention when one of the parties recognizes the victory of the other, or the final results of the election should be summed up in a legitimate, legal way”.

“It is quite evident … it is clear for everyone in the world … it seems to me that it is clear for Americans, there are problems in the US election system….A candidate, who wins in this or that state, he gains all votes of the electors. For example, there are 20. Gained 11, but took all 20. But it may be that there are fewer voters behind these electors…Is it democratic? In my opinion, the question is obvious,” Putin said.

He added, however, that “he did not mean to stigmatize the American political system or election system.” …. “It was done long ago. As one of my American past colleagues told me: ‘We got used to it.’ The practice has been shaped. Whether it is necessary or not to change anything there – it is not ‘our’ business.” said Putin.

I just cannot help it! The level of idiocy coming out of America over this election is beyond even insanity! LOL…