Windows out of Russia: Capitalism Has it Destroyed the Real America? 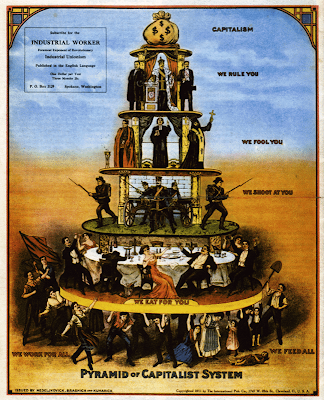 Unemployment in the US has reached almost 10%, The 2009 budget is already plus 1,000,000,000,000 (one trillion) in the hole with plenty of time to sink deeper. With the jobless rate going to reach much higher levels the debt level is going to reach new heights this year. No job no money to pay taxes… (It is a viscous circle!)

Yet while the country is being crushed under a burden of debt, “the nation’s capital seems to be doing just fine with its traffic jams, packed restaurants and busy people rushing in all directions. Some even think that Washington hasn’t noticed how much the rest of country is suffering.” (Link – Watch the video by Russia Today.)

Washington DC is one the main benefactor of bailout money. So while the people of America are losing their jobs and houses at the fastest pace in know history. Washington DC our nations capital seems to be rock and rolling. Maybe the bailout money should have been sent to the people first and not to the politicians!

Here is a couple of quotes for you to stew over:

“It is impossible for capitalism to survive, primarily because the system of capitalism needs some blood to suck. Capitalism used to be like an eagle, but now it’s more like a vulture. It used to be strong enough to go and suck anybody’s blood whether they were strong or not. But now it has become more cowardly, like the vulture, and it can only suck the blood of the helpless. As the nations of the world free themselves, the capitalism has less victims, less to suck, and it becomes weaker and weaker. It’s only a matter of time in my opinion before it will collapse completely.” by Malcolm X