Get the word out… 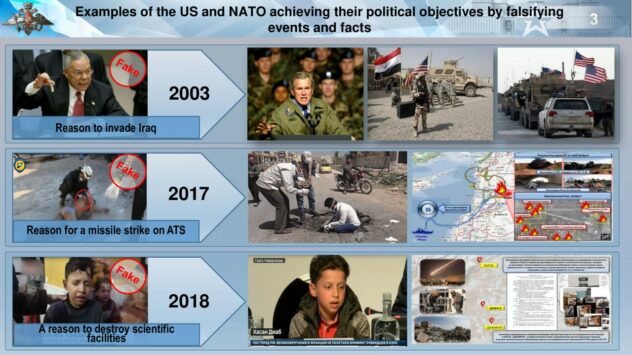 💬 The Ministry of Defence of the Russian Federation possesses the information related to the preparation of provocations by the United States of America in order to accuse the Russian Armed Forces of using chemical, biological or tactical nuclear weapons.

There are three scenarios to be applied in order to accuse the Russian Federation.

👉 The first one is a ‘staged incident under a false flag’ that is the most probable.

👉 The second one refers to a ‘Maximally covert use of weapons of mass destruction in small volumes’ for neutralising the will power and the capacity to resist within the fulfilment of a particular operational task.

👉 The third and the least probable one is the ‘overt use of weapons of mass destruction at a combat area’.