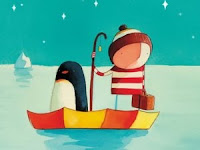 Seems that the most powerful countries in the world do not cause America to worry. But a little boy who was adopted and then treated like a dog that no one loved has become the issue that caused America to backpedal and hesitate…

The little boy is Artyem (Artem) Justin Hansen or Russian name, Artem Saveliev. You should know what happened by now, but if not go to this link and you will be updated about the fate of this child. (Link) I have lots articles to read about him…
America is doing everything that it can to try to convince the Russian government to return the boy back to American soil. In fact America says the very fact that he stepped on American soil with his new mother means that he is an American.
So according to the acting executive director of the National Council of the United States for adoption Chuck Johnson. 7-year-old Artem abandoned by American parents, is a U.S. citizen. Also according to Chuck Johnson, a boy, automatically became a U.S. citizen when he found himself in the United States after the adoption proceedings in September 2009. From a legal point of view, the child needs to go back to the States, because the right’s of the adoptive parents are still in force. So America wants their kid back…. Oops!
Wait a damn minute! (rewind this) – “the right’s of the adoptive parents are still in force” does he mean to tell the Russians that the mentally unstable Hansen’s are considered to have rights? Didn’t they just send him to Russia like a discarded dog? That is what I thought….)
Also now it seems that Deputy Assistant Secretary of State for Consular Affairs, Michael Kirby is going to visit Russia to try to get the child back to America.
Ok, now it looks like the Hansen’s did the impossible. By the Hansen’s unheard act of shipping a adopted child back to the originating country they have set in motion something that has not been done before and will most likely never happen again. If America changes some laws like I think they will do after this stupid act.
America has only one saving grace and that is to try to get the boy on American soil and cover up the damage that has been done in the International communities eyes. America does not like this kind of spot light shining on her and exposing the venerable skeletons that dance in the closet all the time…

In turn, lets see what the Russian side believes. They believe that the U.S. government has no right to take part in deciding the fate of Artema, because he is not a U.S. citizen. Pavel Astakhov, said that under Russian law, the boy is a citizen of Russia. Also the American side has not provided documents (even after Russia has asked for said documents) that would show the American citizenship of Artem. (It is said that the Hansen’s never filled out proper paperwork.) “Since the child is a citizen of Russia and even if he had dual citizenship, according to our law, he is still a citizen of Russia!” – so said Astakhov. This is making it clear that Russia is not in any mood to listen to crap from America, about what America thinks should be done so that America can get this story buried forever!

Russia looks at this case as being this simple:

Recall that on April 8 Artem, adopted in September 2009, an American Tory Hansen, unaccompanied by parents returned by plane from the U.S. to Russia. With a letter, in which foster mother said that the mental state of the boy is unstable. In this regard, she decided to give up on the adoption and return home Artema to protect themselves and their loved ones. The truth and simple…

Also in the orphanage in Guerrilla (Maritime Territory), where adoptive parent adopted the boy. This news came as a surprise to said orphanage. They stated that they had no difficulty with him. In addition, it became clear that mother (Hansen) had been aware of the health of the boy….

Last words by Pavel Astakhov the man in charge of this whole issue in Russia: “There are three Moscow families who wish to adopt 7-year-old Artyom, after he was sent back to Russia by his adoptive mother in America.”
I think Artyom needs to stay in Russia…
Windows to Russia!