A declaration of defeat by NATO… 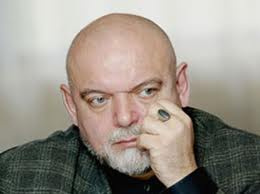 Geidar Jemal, chairman of the Islamic Council of Russia:

First, I think that the NATO declaration about its readiness to prolong the bombings of Libya for some 90 days is a sign of weakness, because previously I remember they were telling us about their readiness to bomb as long as necessary.

Now limiting the bombings by a certain period of time, by 90 days, surely marks transformation of a very hard policy into something more rational. 90 days is not as long as necessary, because nobody understands what time is necessary. So, 90 days is a sign of unstableness, of certain confusion, because they were certainly expecting Gaddafi to cry ‘Uncle!’ after the first 3 days of bombing, maybe a week of bombing.

But we’ve been witnessing several months of severe punishment, which is given to Libya, to its civil population – because we should take into account the information coming from the Libyan government about more than 7,000 of civil victims of these bombings. This has been going on and on, and nobody sees any end to it. So, 90 days is a manifestation of confusion among European Union’s political and military leaders. It’s absolutely obvious that they are losing the war.

And the European Parliament is divided into factions. There’s a faction advocating peace, which is going to take some measures against Berlusconi and Sarkozy. And the public opinion is also divided. People know there are civil casualties in Libya, and no one believes in humanitarian goals of the European Union. So, 90 days may be a shadow of defeat looming over political leaders.

And certainly this is not helping Sarkozy in his campaign for presidency, same as it is not helping him down his rival Strauss-Kahn, who was charged with sexual harassment. Everybody understands that it was the actual French president who initiated the case. And it didn’t help Sarkozy to remove his adversary from the political scene. Libya is much the same case. He thought it would be a short victorious war with declared humanitarian rules. But everyone understands now Sarkozy proved to be just a fool, who put himself into a very uncomfortable situation – himself and Europe too.

Everybody understands that it is an absolutely inhuman intrusion into the interior life of peoples and so below the European morality that it had been hardly imaginable before all this happened. Now we see that Europe is absolutely hypocritical, that it thinks in double standards. And 90 days is, I think, a declaration of defeat.