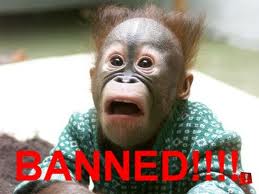 Looks like Russia is on a roll: What with a June 15th 2011 deadline. Russia will put a ban on the import of all beef from Brazil for “sanitation worries.” (?) Russia has also banned the import of potatoes from Egypt because of “sanitation worries.” (?) Then of course we have all heard that because of the outbreak of E. coli found in European vegetables, Russia’s sanitary watchdog has banned all imports of vegetables from Europe…

Is there a master chess move behind all thee banning of food imports? Or was someone bored and need to spice international life up around the world?

Maybe Russia will ban chicken again from America and is German pork still banned in Russia?

Well it all makes sense now! One thing that Putin has made clear is that Russia is not in the WTO and does not need to follow the rules. It costs Russia money to follow the rules and not be a member. So until Russia is made a member. Putin told everyone to quit following WTO rules. It just makes sense and Russia being the last powerhouse of an economy to be blocked form joining the WTO really has no financial reason to obey the WTO rules. If WTO wants Russia to follow the rules then WTO needs to make Russia a member and not expects something for nothing…

Putin on acquiring WTO and obligations: Putin said, Russia is being forced to “sustain losses” and “gets nothing out of a membership that isn’t,”.

“Why in hell would they admit us (WTO) if we do everything anyway? Russia is doing for free that which costs money!”

“I am asking you – and also tell this to our partners: We will not fulfill anything until we become full fledged members,” Putin said.