The Abkhazian Elections are over and Sergei Bagapsh Won! 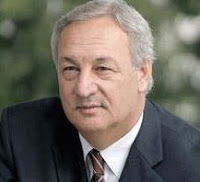 The Abkhazian elections are over and the monitors announce no serious violations by the voters. But Georgia is upset and Tbilisi is stomping its feet at the results.

According to preliminary official results announced by the Abkhazian Central Election Commission, incumbent President Sergei Bagapsh won 59.4% of the vote, with his former vice president, Raul Khadzimba, trailing with 15.4%.

The president of Georgia (Sassafras)has condemned the vote as an illegal Russian, Kremlin-backed gesture in an “occupied territory”!