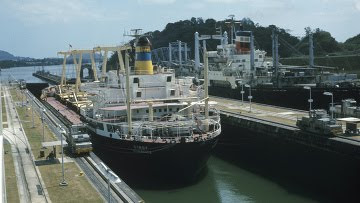 “The court ordered for the Piruit vessel to be impounded,” Pyotr Osichansky told RIA Novosti. “If the owner [registered in the British Virgin Islands] does not pay the wage arrears, the ship will be put up for auction. The money gained from its sale will be used to cover the debts.” (Links)

Seems that sailors all over the world have a really terrible job at times. Lately Russian sailors seems to really have a terrible time with stranded ships. These poor guys can not leave the ships unless the country they are stranded at lets them cross the border.

Talk about being caught between a “rock and a hard place”…